Why should you go Solar? Afterall, what are the benefits? The existing grid is inefficient. It delivers power to you alright. But often, there are losses upwards 10% during transmission and distribution. The power that comes to your home from the power plant often goes through a maze of networks where it is stepped-up, processed, stepped-down and so on. These networks incur a huge cost to maintain themselves and are fraught with inefficiencies. Also, with most of power in India coming from Non-Renewable sources of power (such as Coal, Natural Gas and Fossil Fuels), there is a huge carbon footprint attached to it.

Rooftop solar promises to be a better solution to minimise these transmission and distribution losses. With rooftop solar, you get none of these hassles. All you do is set up your required solar power PV system on your rooftop and connect it to your main supply. The solar power that is produced from your rooftop is served to your appliances directly from your roof, straight and simple. That’s Direct-to-Home Solar for you. 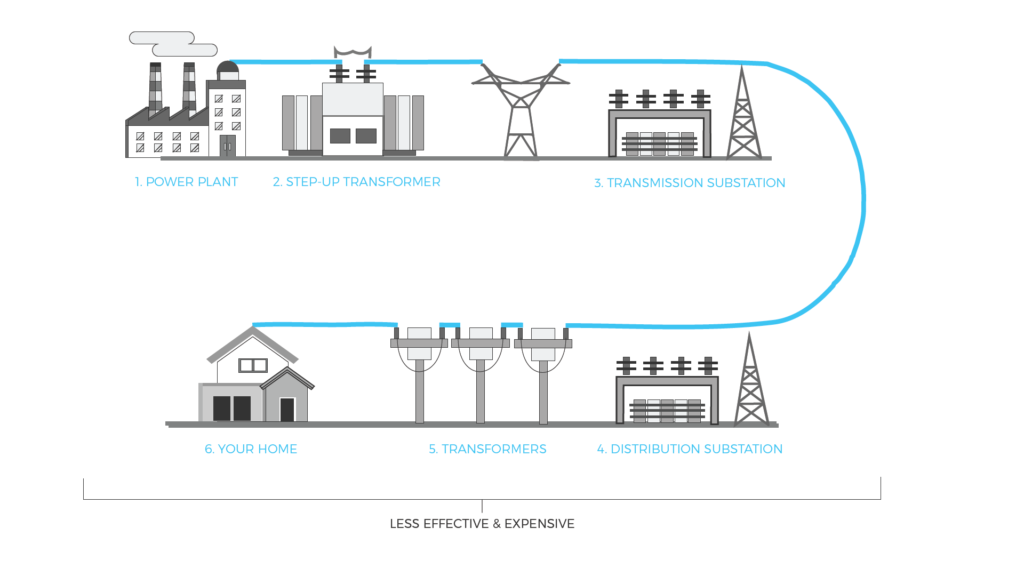 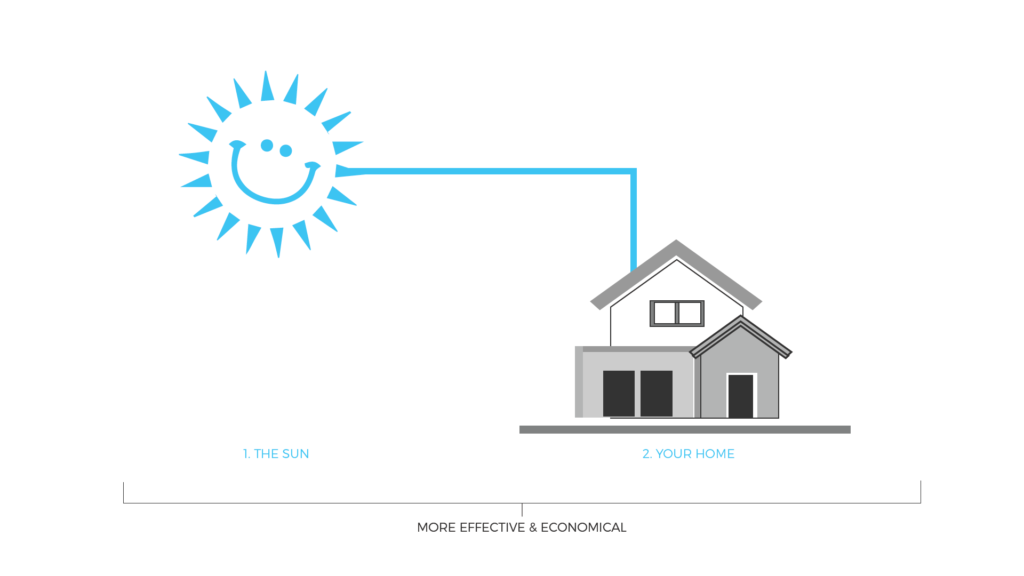 Powercuts have reduced in most of the metros in India. The problem of high tariffs remains though.

Electricity in India is priced not on the basis of cost but rather on the consumers’ ability to pay. So farmers, rightly so, get the cheapest power while commercial customers such as shopping malls and advertising hoardings pay the highest rates. Similarly, for residential customers, the more energy they consume, the higher per unit they pay on a slab basis. Do you know that customers in most cities pay up-wards of Rs. 9.5 per unit at the highest slab?

While solar tries to address this problem, it does not solve the issue where the power is wasted when people are not at home when it is produced, i.e., during the daytime. Enter Net Metering. Net metering is a government-approved program where anyone can produce solar energy from their rooftop and sell their surplus energy to the power company. So the grid becomes a giant bank where you deposit and withdraw energy as you want and you, as a consumer become a power producer. This is literally ‘Power to the People’.

Rooftop solar promises to be a better solution to minimise these transmission and distribution losses. With rooftop solar, you get none of these hassles. All you do is set up your required solar power PV system on your rooftop and connect it to your main supply. The solar power that is produced from your rooftop is served to your appliances directly from your roof, straight and simple. That’s Direct-to-Home Solar for you.

What's In It For Me?

Well that’s a good question. How does savings starting with Rs. 40,000 a year sound? Or a 20% return on your investment for the next 25 Years? A rooftop Solar PV system is the only appliance in your home that actually saves you money while the rest spend your money. A 3 KW Solar PV plant can save you anywhere from Rs. 40,000 to Rs. 55,000 per year. In 25 years, the system will for itself at least 5 times over. Solar Power Systems provide a risk-free ROI of 20% on an average during their lifetime. Solar is a fit and forget system that silently keeps putting money in your pocket. Some maintenance required though.

Here are the top 5 reasons to go solar. And one more if you are still not convinced :).

We provide you with all the information you need in understanding how solar energy can help you in reducing your power bills and leading an uninterrupted life.

We understand your requirements and provide you our best solution for maximising the return on your investments and saving on your bills. This is translated into final specs & drawings.

We coordinate with your power company to make sure you get the net-metering approvals as soon as possible. Your Zolt representative does the end-to-end work.

We then supply and install the Solar PV Sytem on your rooftop to your satisfaction. We use only the best in class Panels, Inverters and components that exceed the industry standards.

We work with your power company to get the net meter for your Solar PV System installed. Zolt takes care of the entire process and you only need to give us the authorisation to do so.

We then Operate and Maintain the rooftop plant regularly to ensure that the generation is in the expected levels and your investment returns are achieved.

We are kind of forced to use cookies to activate a few Google services (YouTube, Maps) and contact form services. These will be used to sell some stuff to you, something we cannot control at the moment. Zolt does not encourage or support spamming or retargeting. Use an adblocker if you can :)
Cookie settingsACCEPT
Manage consent

This website uses cookies to improve your experience while you navigate through the website. Out of these, the cookies that are categorized as necessary are stored on your browser as they are essential for the working of basic functionalities of the website. We also use third-party cookies that help us analyze and understand how you use this website. These cookies will be stored in your browser only with your consent. You also have the option to opt-out of these cookies. But opting out of some of these cookies may affect your browsing experience.
Necessary Always Enabled

Any cookies that may not be particularly necessary for the website to function and is used specifically to collect user personal data via analytics, ads, other embedded contents are termed as non-necessary cookies. It is mandatory to procure user consent prior to running these cookies on your website.